Nanos Research has released the results of a nation-wide poll asking whether Canadians think ending homelessness and building more affordable housing is important enough to influence their political decisions.

The results show nearly 8 in 10 Canadians would be more supportive (39%) or somewhat more supportive (39%) of a political party that proposes concrete action to end homelessness and build safe, affordable housing in Canada.  There was little variation across geographies or age groups, with a majority of Canadians in every region of the country, in every age group, sharing this sentiment.

Poll respondents were also clear that their support for action on homelessness and affordable housing came with a timeline, with 70 percent of respondents indicating action on these issues should be an urgent priority (score of 7-10 out of 10). Download the full polling report.

Watch our new video based on the Nanos Poll 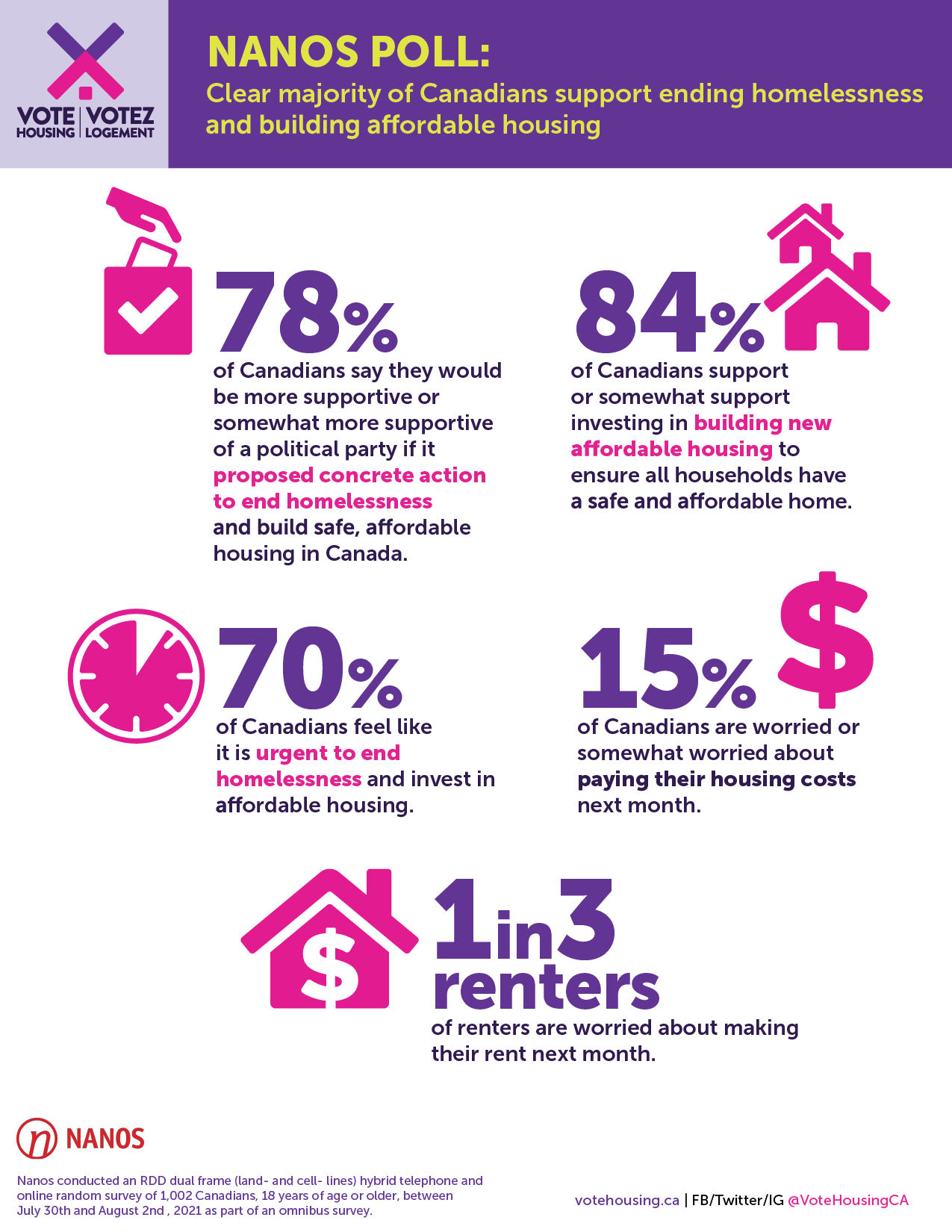 I’m in! I want to add my voice to the Vote Housing movement.

The opportunity to finally end homelessness and make housing safe and affordable is now, and I want my voice to be heard.

By joining the Vote Housing movement, you are indicating you care about housing and you plan to hold our federal government accountable to the promises they have made to ending homesslessness and housing need in Canada.

Upon filling in the form, you will be added to the Vote Housing campaign’s email list (which is shared with our partner organizations) to receive important campaign communications as we grow our movement from coast to coast. If you provide your mobile number, we will also add you to our list to receive occasional alerts. You can unsubscribe at any time from the link included in every message.

Our movement is built with small dollars to help us take big actions. Your contribution will help us organize, reach more Canadians, and push all parties to make investments in ending homelessness and housing need.

The Vote Housing Campaign is a growing coalition of thousands of Canadians and 175+ partners and endorsing organizations.